Barbie packed her bags for Shanghai 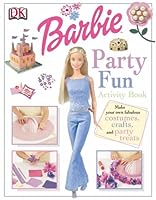 Can anything be more symbolic than Barbie, the doll who defined the image of American women worldwide? When we believe media like Bloomberg, we do note that Barbie has packed her little pink bag and left the US economy for Shanghai.

Mattel Inc., the world’s biggest toymaker, shunned London and Paris for the first dedicated store of its bestselling toy and chose instead a six-story building in Shanghai. The outlet opens today and offers everything from outfits styled by “Sex and the City” costume designerPatricia Field to beauty treatments to “Bitini” cocktails.

Shaun Rein of the Shanghai based research firm CMR supports at Bloomberg Barbie’s move to Shanghai, as the more wealthy Chinese consumers keep on shopping, where the Americans stay at home.

China retail sales growth was at least 19 percent in each month of 2008, peaking at 23.3 percent in July, the fastest pace in at least nine years. The Chinese government is implementing a 4 trillion yuan ($585 billion) economic-stimulus package to sustain growth and prevent a decline in exports from driving the world’s fastest-growing major economy into a slump.