Much attention last month for China’s first stealth fighter plane, and whether is was based on stolen US technology. Too little attention China’s counterstealth technology got, like missiles to shoot down those planes, writes Wendell Minnick in Defense News: 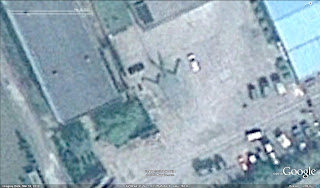 A former U.S. defense attaché based in Beijing said the appearance of the mock-up is not surprising, noting that China has also built mock-ups of the F-22 Raptor and F-35 Lightning II for study.

In Minnick’s article more on the question whether U.S. Air Force F-117 stealth fighter downed in Serbia in 1999 is in Chinese hands.

Wendell Minnick is a speaker at the China Speakers Bureau. Do you need him at your meeting or conference, do get in touch.

2011-02-02
Previous Post: What China can learn from the events in Egypt – Shaun Rein
Next Post: 1001 American questions on China – Helen Wang